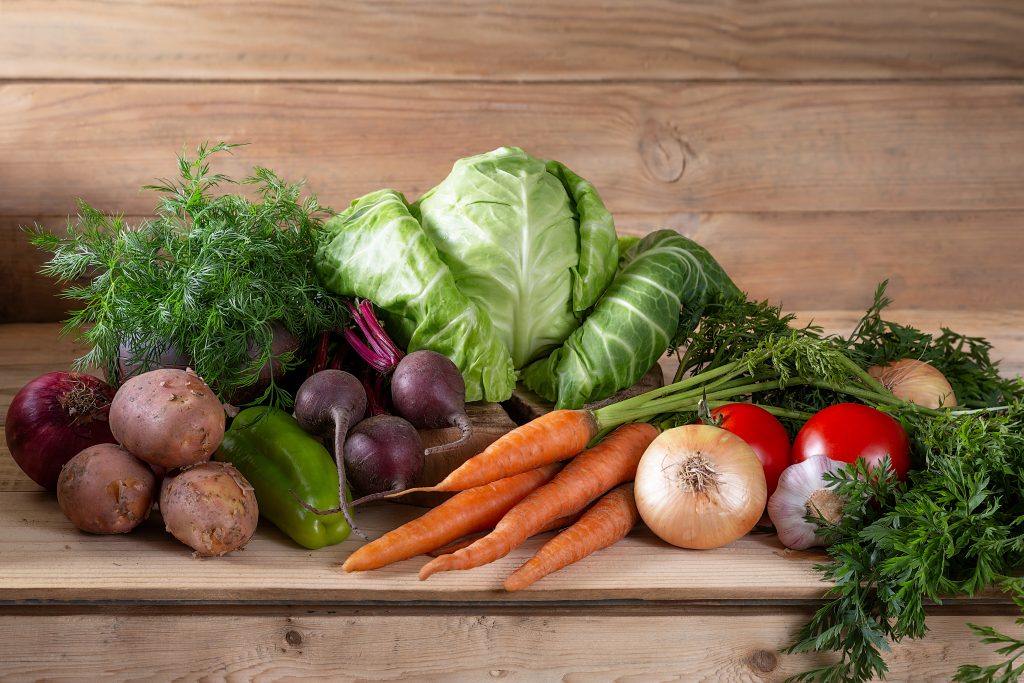 When one thinks of Philly, you may think of a Philly cheesesteak, Bookbinder’s Restaurant or a waterfront meal on a ship docked off Old Philadelphia within walking distance to the Liberty Bell.

Having had a wonderful Jewish grandmother of Ukrainian descent, I, on the other hand, remember Horn and Hardarts, especially their very futuristic “Automat”, and the great dairy restaurants and delis we frequented near her home on Girard Avenue and enjoyed blintzes, borscht, whitefish, bagels, lox and more!

My Grandmother had a kitchen that ran like a finely tuned machine, and in the midst of her industriousness, there were always a couple of ice cold, green pony bottles of 7 up and a silver dollar apiece when we came to visit. And a home cooked meal for her Harold, my father, and the three kiddos. I remember her churning out great earthen jars of pickled green tomatoes and dill cucumber pickles, jams and preservers, duck dinners, a nod to my brother Glenn, immense pots of homemade soup and brisket like no other. Her cakes with seafoam icing were ethereal, as was her honey cake. There was a small garden outback, set into tires in this urban landscape.  The kitchen was the heart of the house, possibly because the neighborhood was too dangerous for us to play outside in.

She taught me how to shop for and cook her knishes, blintzes and her famous beet borscht, which was a meal in itself topped with an immodest dollop of rich sour cream. Grandma, who stood her soap up on end to save it from melting, always said, “you can’t skimp on food”. I have taken that well to heart. As a family we’ve always eaten well…and we feed people. It’s just what we do,

Here is her borscht, as best I can recall it. If Ukrainian cuisine has a signature dish, this may be this slightly sweet and sour soup.  The earthiness of the beet is counterpointed by the freshness of dill. And September is a wonderful time to find beets of all varieties in the famers markets: 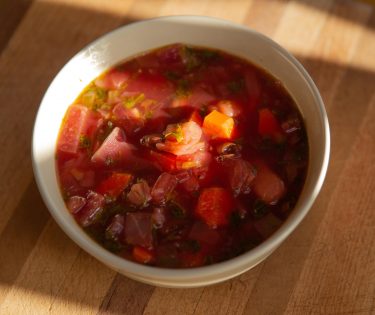 Salt and pepper to taste.

1 cup dill, chopped finely, save out until the end of cooking

1 cup sour cream, you may mix it in or use it as an optional garnish

Sear the beef shank in the olive oil, turning one. Add the onions and half the stock, cover and cook.

Remove the meat and add the vegetables, seasonings and remaining stock. Cover and cook until tender, correct seasonings.

I sometimes use an immersion blender to puree half the soup, so it still has texture and add back in the shredded beef, dill and sour cream per bowl as garnishes.

« Up Your Cheeseboard Game with Pickled Pears » October, and boy do we have cabbage! Making Kimchi.